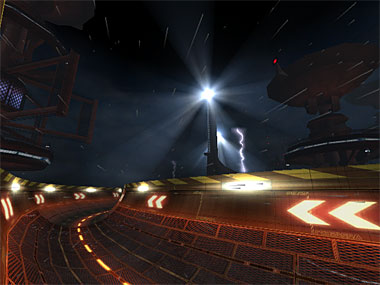 Indeed! Lightning has officially struck twice as I had released my 2nd revenge fic/chapter on To Be Married and Loved, as spite against IncredibleIntruder's grotesque and domineering concept on utilizing Princia Ramode's Mandala Dance; the 1st strike was for my creepypasta/first-ever M-rated fic, The Lost Legend of Namira as hate against The Gerudo Seduction Dance/Gerudo Era. Not sure what to do if lightning should strike 3 times, though I want to relate it to baseball, but I'm not sure how it'll be done.

Like I've said, I've no plans on bashing EVERY work he has made, as some franchises seem mediocre to me now (I,e Aladdin, Shantae, Naruto, One Piece, Sonic, Metroid, Bleach, etc.). But still, I hope that fans would stand by my side, especially with the possibility of backlash instead of being corrupt by his harem works!

Retrieved from "https://fzero.fandom.com/wiki/User_blog:TheIkranRider/Lightning_HAS_Struck_Twice!?oldid=11898"
Community content is available under CC-BY-SA unless otherwise noted.