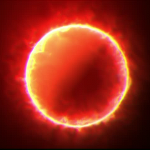 Hello everybody, [username says it all]. I am not such a big fan of F-Zero, since I haven't played any of its games except one. But however, I want to know more about it. I don't know why, but all of a sudden I started liking Captain Falcon, even though when I used to play (and still play) Super Smash Flash 2, I always hate F-Zero. However, I like his Blue Falcon because of its looks and also because of its stage in Super Smash Flash 2. I first played F-Zero on my cousin's PSP. At that time, however, I never knew that it was F-Zero. But Now I have realised that the game was F-Zero only. The reasons I like F-Zero are many- Races, machines, driving, heroes, Captain Falcon, Blood Falcon, Phoenix, QQQ, PJ, Mighty Gazelle, Deathborn and James McCloud. And the best of all- Falcon Punch!

Retrieved from "https://fzero.fandom.com/wiki/User:Iampurookumarroy?oldid=7198"
Community content is available under CC-BY-SA unless otherwise noted.