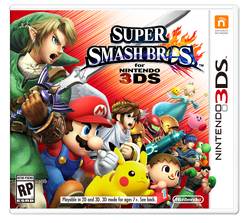 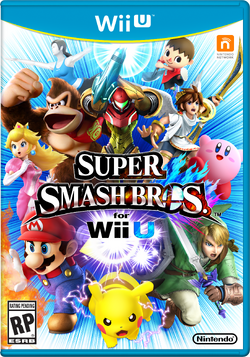 According to the game's lead developer, Masahiro Sakurai, development on the had not begun at the time of its announcement, and would not begin until the completion of Sakurai's other project, Kid Icarus: Uprising. For the 3DS version, Sakurai wants it to be more of an "individual" and "customizable" experience where, hypothetically, the player could take a customized player and upload it to the Wii U version. He also commented on the possibility that some Capcom character could appear (It is Mega Man) in the next Smash Bros. The big problem, though, comes from the idea of trying to get character from a completely different universe to fit the style that has been dictated by Nintendo's characters in a fighting game. Super Smash Bros. for Nintendo 3DS and Wii U was co-developed by Namco Bandai.

amiibo are part of a new system introduced in Super Smash Bros. for Nintendo 3DS and Wii U, that uses near field communication (NFC) through special figurines of the respective characters, that can be bought separately. Through this, players bring the characters to the game as FPs (Figure Players), which can level up and be customized, learning more as they improve and interact with the Human Player, Computer Player, and other Figure Players. amiibo level up and learn faster by;

However, even higher leveled amiibo have their flaws on complex stages, like walking back and forth on stages like Gaur Plain. amiibo can also win prizes like; Gold, Custom Parts, Trophies, and Mii Fighter Gear. The longer the amiibo fights, the more prizes it will gain, and these items can be received when tapping the amiibo the owner's Wii U GamePad, New Nintendo 3DS/XL, New Nintendo 2DS XL or Nintendo 3DS NFC/Reader Writer Adapter. However, it should be noted that like CPUs, Figure Players have the ability to share their remaining Stocks with their defeated allies in Team Battles. As well as being able to throw healing items to assist their teammates.

Retrieved from "https://fzero.fandom.com/wiki/Super_Smash_Bros._for_Nintendo_3DS_and_Wii_U?oldid=8643"
Community content is available under CC-BY-SA unless otherwise noted.