Sayuri Yoshida
Known as "Miss Killer" in the Japanese version and Luna Ryder in the dub, Luna is the right-hand woman for Black Shadow and works as his spy. However, her true identity is Haruka Misaki (Misaki Haruka in Japanese) and was Rick's girlfriend in the year 2051, where she was supposedly killed by Zoda. Like Rick, she was kept in suspended animation until she was revived and brainwashed by Black Shadow. She pilots the Moon Shadow.

Before the events of the anime, as well as after Rick's tragic accident, she left a diary behind; Clank Hughes and Alias came across it, in Lap 36: Haruka, and in it, she revealed that her dad's a diplomat and her mom's a fashion designer, and she was 21 when she first met Rick. She was actually introduced to him by her best friend, Rose, and she said it was destiny. During that time, she was known as the racing queen, and Rick was starting out. He often lost to many races as an amateur, even having thoughts on giving up, but it was always Haruka that encouraged him as well as taught him some pointers. Since then, he was able to win race after race, even win the Championship, the Big Apple Grand Prix, twice in a row.

Haruka then waited for Rick at Memory Park after that, but by sunset, she had the startling news from Rose that he was taken to the critical care unit! She hurried in, only that the guard said they had already started, meaning that Rick was already encased in ice and frost, then sealed away, never to be seen again. Since then, Haruka had a certain vengeance of his assassin, Zoda. He was ambushed at the East Bank, then Haruka showed up with a pistol drawn! She hesitated on killing him, then she wrote in her journal that Rick would be in a new world, and she won't be there. She stopped being a racing champion after Rick was in limbo and her last wish, before she disappeared forever, was for Rick to have this diary.

After 150 years, she became Black Shadow's right-hand woman. She was in deep-freeze when Black Shadow brainwashed her as she was being conjured by The Skull. She debuted in Lap 8, The Secret Within/The Miss Killer Puzzle. She usually wins when she races, which is one reason why Black Shadow values her. Zoda doesn't appear to like her. Later on, she recovered her memories thanks to exposure of Zoda's Reactor Might, though she was seen afterwards beating Rick during his imprisonment, and he claims she'll never be the Haruka he knew and loved. Eventually, her actions forced Black Shadow to turn against her. She is later saved by Captain Falcon after she was in frozen carbonite and attached to the Dark Star Reactor. In the last episode, she and Rick were reunited, and seven years later, she's seen working in the bar where Captain Falcon's secret identity previously worked. 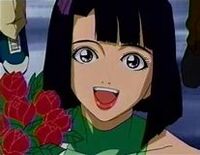 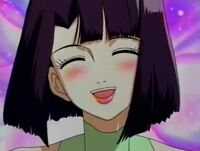 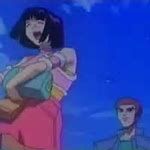 Haruka having a pistol drawn 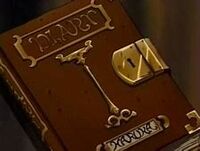 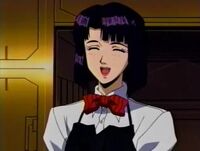 Haruka as waitress in Falcon House

Retrieved from "https://fzero.fandom.com/wiki/Haruka_Misaki?oldid=15502"
Community content is available under CC-BY-SA unless otherwise noted.