F-Zero GX is a futuristic racing video game for the Nintendo GameCube console. Developed by Sega's Amusement Vision department, it was released in Japan, Europe, and North America, in 2003. Its arcade counterpart, F-Zero AX, utilizes hardware conceived from a business alliance between Nintendo, Namco, and Sega. F-Zero GX runs on an enhanced version of the engine that powered Super Monkey Ball. The game is widely considered one of the best racers on the GameCube platform.

F-Zero GX is the fourth installment in the F-Zero series and the successor to F-Zero X. The game continues the series' difficult, high-speed racing style, retaining the basic gameplay and control system from the Nintendo 64 title. A heavy emphasis is placed on track memorization and reflexes, which aids in completing the title. GX introduces a "Story Mode" element, where the player walks in the footsteps of Captain Falcon through nine chapters, completing various missions.

After the F-Zero X Grand Prix where Captain Falcon took the grand prize, the F-Zero Committee developed two more F-Zero Grands Prix to be held simultaneously, the F-Zero GX and F-Zero AX. The contestants that participated in the previous Grand Prix were selected to race in the GX, while newcomers and former champions were selected for the AX. After completing all of the preliminary races, the qualifying pilots from both tournaments would compete in the combined finale race.

Black Shadow flees Lightning in the Black Bull, whilst being pursued by Deathborn piloting the Dark Schneider. Deathborn manages to catch up to Shadow and forces him to wreck. An injured Black Shadow crawls out of his disabled machine and is grabbed by the neck. Pleading for mercy, Shadow is informed by Deathborn that he will have one final chance to win the F-Zero Grand Prix and is warned of the price of failure. Deathborn promptly departs, leaving Black Shadow alone on the road.

Sometime later, Captain Falcon is roaming the streets of Port Town when he notices a group of racers watching a news broadcast of Black Shadow wreaking havoc. He continues to his hideout, where he hones his driving skills in the Blue Falcon’s simulation mode. After completing his training, Falcon tunes into a news broadcast and witnesses Black Shadow declaring his intent to win the upcoming Grand Prix.

On his way through Red Canyon in search of a bounty, Falcon encounters Samurai Goroh and his gang. Angered by Falcon's victory in the previous Grand Prix, Goroh challenges Falcon to a race, which the Captain obliges. The two race around the canyon until Goroh eventually wipes out. As Falcon departs, a belligerent Goroh vows revenge before being blown back by the exploding Fire Stingray.

Falcon arrives at a pub in Mute City, a popular watering hole for F-Zero racers. Upon entering the establishment, he is recognized by a fellow pilot, Silver Neelson, who convinces Falcon to disguise himself and participate in a BET race. Posing as a pilot named "Famicom", Falcon is victorious and is awarded half of the winnings by Neelson. Suddenly, a news bulletin in the pub reports that Black Shadow is attacking the Lightning area, and the Captain abruptly departs.

Chapter 4 - Challenge of the Bloody Chain

On his way to Lightning, Falcon is waylaid by the Bloody Chain and is challenged by their leader, Michael. Not wanting to waste time with the gang, Falcon outraces them and causes several members to wipe out. Michael orders his remaining men to go after the Captain, but they instead fall back and flee, much to Michael's chagrin.

Falcon arrives at Lightning to find the city in peril. He encounters John Tanaka who informs him that Jody Summer was inside the power plant and may be trapped. Falcon drives to the plant, finds Jody, and escorts her out just before the core reactor overloads. After reuniting Jody and John, Falcon spots Black Shadow and moves to confront him.

Shadow threatens Falcon, but the Captain refuses to fight, resolving to settle their dispute at the Grand Prix. The devious Shadow uses his dark powers to bind Falcon; Blood Falcon arrives and forces the Captain into the Blue Falcon, on which he has placed an explosive set to detonate if the machine slowed past a certain speed. Falcon manages to break free of his restraints and is able to maneuver the Blue Falcon off an unfinished track where the bomb is knocked off by a construction crane. Falcon retreats to prepare for the Grand Prix.

At the Grand Prix finale, Black Shadow is surprised to discover that the Captain is still alive. The two exchange “pleasantries” before the race begins. After three intense laps, Shadow wipes out and Falcon is again triumphant. Before the F-Zero Committee can present the Captain with the Champions’ Belt, Deathborn appears from a dimensional portal and kills Black Shadow for his failure. Introducing himself as “The Grand Prix Champion of the Underworld”, Deathborn challenges Falcon to a 1-on-1 race for both the F-Zero and Underworld belts.

Chapter 8 - Secrets of the Champion Belt

Upon arriving at the Underworld track, Deathborn explains to Falcon that each of their championship belts are condensed forms of Dark and Light, the great forces that make up the universe. With the combined powers of both belts, Deathborn intends to destroy the galaxy. Not willing to surrender such great power to Deathborn’s evil whims, Falcon outraces him. Distracted by his utter disbelief, Deathborn loses control of Dark Schneider and runs off the track into a river of lava, and perishes in an explosion. Falcon is awarded an extravagant gold belt (formed from the combining of the F-Zero and Underworld belts), and vows to continue winning and protect the galaxy.

Sometime later, back at his hideout, Captain Falcon witnesses three disembodied entities speaking through the belt. Calling themselves "The Creator", the voices explain that they had created the World, and that Deathborn was of their own design as well, their “best creation”. The beings further reveal that the universal forces of Dark and Light do not exist, and that they had been manipulating events via Deathborn towards their ultimate goal of bending the universe to their will. Now that the Captain had defeated their puppet, The Creator intended to seize Falcon’s soul, and forge him into their new creation so their plan could come to fruition.

The Creator teleports Falcon to an inter-dimensional race track where they challenge him for his soul. After an arduous race, Falcon is once again victorious and, the three entities are expelled from the universe. The Captain finds himself back in his hideout, and with his ordeal finally over, he removes his helmet and rests before his next bounty.

Note: When first starting the game you will start with the Blue Falcon, Golden Fox, Wild Goose and Fire Stingray. The rest of the machines must be purchased at the F-Zero shop.

Note: It is also possible to unlock these pilots by playing as the desired pilot in F-Zero AX with a GameCube memory card containing an F-Zero GX save file inserted into the console. 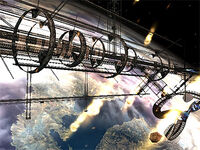 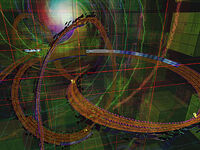 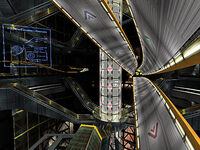 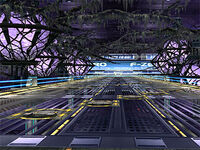 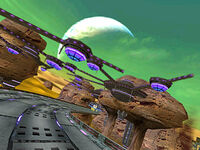 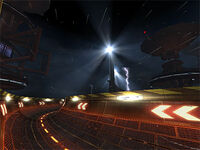 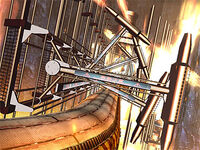 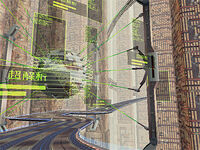 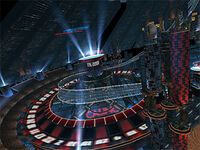 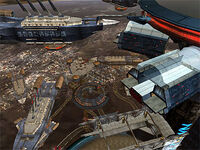 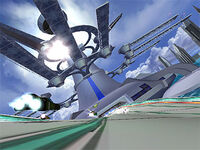 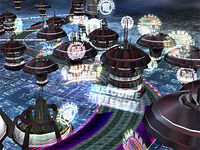 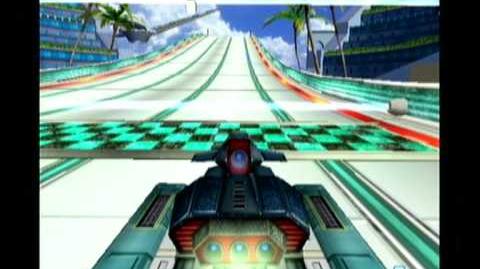