F-Zero Climax is a futuristic racing video game for the Nintendo Game Boy Advance handheld. It was released exclusively in Japan on October 21, 2004. Like its handheld predecessor, F-Zero GP Legend, Climax was published by Nintendo and developed by both them and Suzak.

F-Zero Climax is the sixth installment in the F-Zero series and the third to be released for the Game Boy Advance. This is the first F-Zero game to have a built-in track editor without the need for an expansion or add-on. Custom tracks can be saved to one of thirty slots for future use and they can be exchanged with other players via link cable. If memory becomes full or link cable connection cannot be done, the game can generate a password for the track; when it is input on any F-Zero Climax cartridge, the password will generate the track instantly.

Another unique feature is that one may download the game by link cable with just one game pack, as someone would do with a DS. But only one track may be played this way, and the two pilots are always the same. 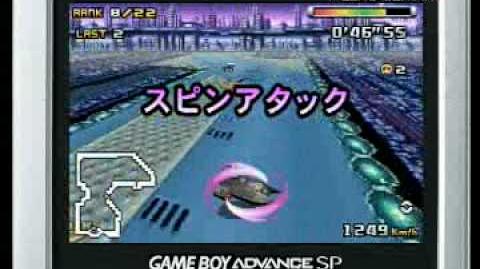 Retrieved from "https://fzero.fandom.com/wiki/F-Zero_Climax?oldid=12281"
Community content is available under CC-BY-SA unless otherwise noted.